A Survivors Story by Nick 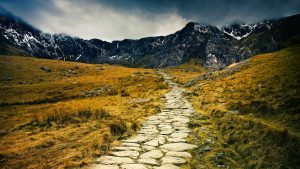 My name is Nick, at the time of writing this I am 47 years of age. As a survivor of childhood sexual abuse, my life followed the path that so many others have experienced and unfortunately so many more men will experience. My life changed forever on a school holiday at the age of eight and the little boy that left home to go on what I believed was going to be a fun time never came back. I blocked out what had happened but my life never seemed to follow what is deemed to be “normal” (if such a thing exists). I seemed to view life from the sidelines, never ever really feeling part of the human race. I watched as others seemed to progress whilst forever falling behind myself, turning to drugs and alcohol for support, to block out the pain and emptiness. On the face of it, I always smiled and treated others with respect and love but somehow never received the same respect and love from myself. I suffered with continual flashbacks and when I say continual, I truly mean every waking moment, every part of the abuse was being played in my head on a continual loop and I was unable to escape.
At the age of 30, I took the step of reporting what had happened to the police but unfortunately this did not go how I expected it to. I thought it would be the end of my mental health problems but it was the beginning. I tried three times to take my own life but did not succeed. I sought help from various therapists and the doctors but this did not work, as at that time male sexual abuse was not properly recognised or addressed. I kept on trying but got nowhere, forever falling and spiralling out of control.
At the age of 40 I had a complete mental breakdown, I was prescribed anti depressants and ended up giving them back to the doctor, choosing instead to walk my dog and take in fresh air. After having 7 years of varying mental health sessions I was able to speak more about the abuse and was finally able to look at myself in the mirror and accept that I had been raped, something that for me was huge. It was at this point, almost exactly a year ago that I contacted survivors as I knew I had to finally, once and for all, face my demons head on. From the moment I made the phone call I was welcomed in. As a starting point I was invited to attend the “Safe Room” and it was such a relief to attend these meetings as I was at long last able to come face to face with other men that had similar experiences.
Within a month or so I had been appointed a truly wonderful therapist by the name of Stuart, of whom I will be forever thankful to for his support and the way he helped me deal with the flashbacks that I had suffered continually for 39 years. To a point they are still there, as I guess they always will be, as it is part of me as a person and bizarrely I would not change that, it is almost like my fingerprint, only now the volume is no longer at eleven its down to around three and it would be difficult to explain what a relief that is to me. For the first time in a along time I actually smile to myself without feeling the weight of the world on my shoulders.
As the police were once again involved, I was appointed what is called an ISVA (which I never knew existed) by the name of Gayna, who was always there for me, to support myself and the process either by telephone, face to face and even coming along to the police station with me to hold my hand (not literally of course) which made a harrowing time so very much easier. Thank you Gayna.
Thank you to Duncan and Chris for the wonderful services that are made available to those that are in need of such help.
Finally I want to say to anyone that is reading this and is nervous about making contact, please don’t be afraid you will not regret it and remember that you are not a victim, if you have made it this far then you are very clearly a survivor.