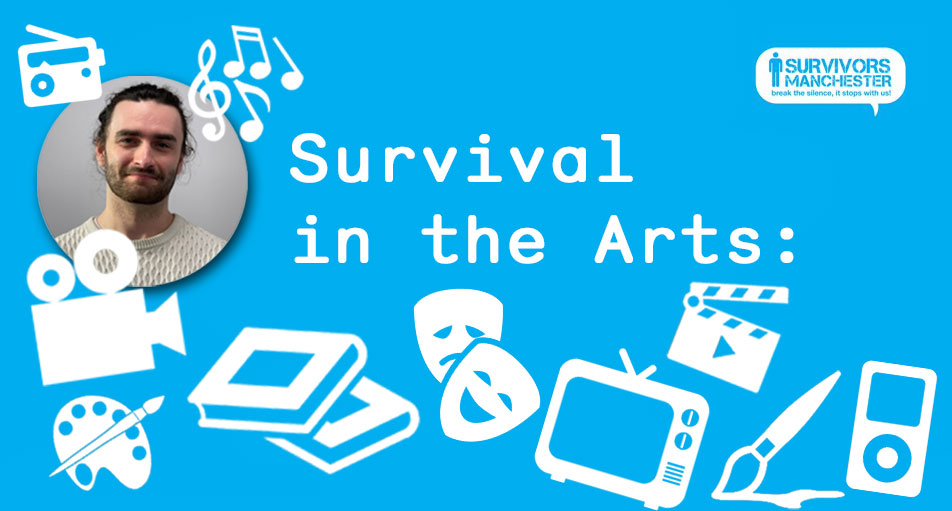 Arts Review: The Genius and the Boys

As a forewarning, this month’s Survival in the Arts review will investigate the position of the abuse perpetrator. I believe this position to be as significant for artistic and critical inquiry as that of the perpetrated.

Nevertheless, I know some of the topics that follow will be difficult for most.

“As with Jesus Christ, Andre Gide, and Sister Theresa, anyone who isn’t married and loves a young person might be called that, depends on how you define it.”

This was Dr Carleton Gajdusek’s response to a journalist’s question, of his admission of paedophilia over a telephone call. This took place shortly after one of Dr Gajdusek’s numerous adopted children, in 1996, accused him of abuse.

The shaky, low-grain darkness of this non-fictional event in Bosse Lindquist’s 2009 documentary The Genius and the Boys is one of several that signify a narrative halfway point, in which a pioneering medical scientist falls from grace. The truth – of paedophilia, of abuse, of rape – turns its head at life’s ‘halfway points’. The traumatic event in question is constitutively pre-mature, let alone developmentally interruptive for the survivor.

Much like my prior commentary on Gregg Araki’s Mysterious Skin, this investigation maintains that same ‘what is the truth?’ question as its kernel. Moreover, I proposed the ‘knowledge to truth pathfinding’ outlook of the survivor in reply to this mantra.

However, I posit Lindquist’s portrayal of the famous Dr Gajdusek as a halfway man all in all; sufficient in his bountiful knowledge and life drive yet remaining nonetheless immobile and ignorant regarding these things’ relationship to the truth – the hidden truth of (an abuser’s) real desire.

To put Gajdusek in perspective, his colleagues and eventual supporters included the likes of Benoit Mandelbrot (fractal theory), Robert Gallo (co-discoverer of HIV), James Watson, (proposer of the molecular double-helix in DNA), and Linus Pauling (founding theorist of quantum chemistry). The most important figure for him, however, was his aunt Irena Dabrowski, one of America’s first female entomologists.

Lindquist overlaps audio of Dr Gajdusek’s own recollections of her teachings with visuals of cosmic skies and insects in the ground:

“The space age to come has no machine that is even one thousandth of a percent as complicated (as life on earth). So, I realised everything in the world was a fraud, and this is life. She said, ‘are you more important than they?’”

Lindquist views this notion as Gajdusek’s guiding philosophy, which then informs his reasoning – the complexity of the natural world being worthy of analysis. By comparison, the social world is banal or monotonously simple. Lindquist poses Gajdusek as an active pioneer in the natural sciences only because he is equally passive to the human subject.

With this duality in hand, allow me to introduce this review’s core philosopher, Alain Badiou. His own knowledge-truth distinction is interweaved with the concept of the ‘event’. Let’s apply this to Lindquist’s documentation of Gajdusek; a wealth of knowledge and drive, built upon a foundation of repetition, of experimentation, reason, and doctrine. Yet, this surplus ignores the event (truth) which is more than reason, doctrine, and words alone. This event is the revelatory truth of abuse, realising that one’s own desire is the cause of abuse.

Lindquist highlights Gajdusek’s cyanide bottle, and old object that has been with him his whole life. With it, a young Gajdusek, alongside aunt Irena, would practice the killing and preservation of insects. As a school pupil he threatened his classmates with it. As an adult he fantasised about suicide through it. I say, allow Lindquist’s metaphor to embody something of a stagnancy within the man in question: preservation via a symbol of death, to freeze the journey of life in its tracks.

Gajdusek raced through education and university, entering Harvard Medical school, fostering a passion for treating children with incurable diseases. Despite his knowledge and drive, he is recounted by his colleagues as having been a frustration to work with, cutting himself off, and actively ignoring certain regulations. He was referred to as ‘Atom Bomb Gajdusek’ and as ‘a meteor that would burn up before it hit the earth’. Gajdusek is driven by a burning passion, but it was only ever potential. It always remains still. This inward and repetitive build up of energy might one day erupt – the actualization of the metaphor – as the energetic turn of the hidden truth might harm him, and others, in this process.

After having travelled and treated peoples in Korea, South America, and Iran, he finds himself in remote Papua New Guinea in the 1950s, treating the virtually unknown Kuru disease amongst the Fore community. Dr Gajdusek writes to his mother about his growing rapport with the ‘black primitives’, especially the children. Further he found ‘nothing more terrifying than respectability and realism’. He planned to ‘roam the deserts and beaches of the world, where pride, conformity, and convention became meaningless nothings.’ Author and neurologist Oliver Sacks aptly phrases Dr Gajdusek’s behaviour as his own ‘re-trojection into the past’.

He goes on to adopt fifty-seven children over the years he spends treating and studying the peoples of Papua New Guinea. It was his way of ‘family’ building in his own un-conventional way. Then again, his brother states that ‘bloodlines didn’t mean much to him’. He took ‘people of the world’ and made ‘no distinction between family rights in love and anyone’s right to love.’

Here we reach that halfway point of which I alluded to at the beginning: Badiou’s event. The eruption of hidden truth. The explosion. The meteor. In 1996, one of his sons accuses him of sexual assault…

Most of the scientific community, and relevant Papua New Guinean people groups, rallied behind Dr Gajdusek. Judith Farquhar even positions Gajdusek as the kind of person to be ‘torn down by the petty forces of law and order.’

Eventually the FBI garner enough evidence for him to be tried and sent to prison for one year.

Towards the end of the documentary, Lindquist inserts himself more into the narrative, presenting footage of his own interview with Dr Gajdusek at his home in Tromsø, shortly before his death.

Gajdusek angrily responds to a question from Lindquist, seeking to refute the problem of ‘forcing of sexuality onto children’.

“Boy what a brainwashed person you are. With three or four hundred boys, who had sex with me from eight, and ten, and twelve, one hundred per cent have run into my bed, jumped in without my mentioning it, and asked for sex.”

“Don’t you realise that I was jumping in people’s beds hoping they would take me? All boys want a lover!”

As much as the documentary may give us socio-anthropological context for these acts (which I won’t go into here lest I fall into the post-colonial dialectical rabbit hole), Gajdusek is seen to invoke his own history into the question of advocating paedophilia. Lindquist summarises this defence as follows.

“Wanting to be loved as a child, rather than a genius, sex with adults instead of being loved by adults, sex with boys instead of loving boys. It is a dangerous circle Gajdusek defends.”

It is philosophically dangerous precisely because love is not in the question for him. For Gajdusek, it is perhaps another monotonous cultural simplicity, unworthy of consideration. Rather, sex has its place in the material world. It can be repeated, examined, and a source of experimentation.

So, he did… hundreds of times with children.

All Dr Gajdusek appreciates here, for Lindquist, are the quantities and numbers that justify action. This casts aside the subjective lives of all parties post-event; the unspeakable truth of the event that institutes painful and anxious change in both perpetrated and perpetrator. I raise this quote from the final interview, cementing this hurtful stance Lindquist positions in Gajdusek.

“I don’t know why. The ‘why’ I don’t know. It’s rather foolish when you ask me those questions. You’re not bright enough to answer those questions, and certainly I’m not, and so, therefore, I don’t have any respect for your hypothesis, I wouldn’t believe Freud’s, and I have not. So, the answer is you’re not going to get ‘why’ out of me most of the time. I speak in fractals. I prefer to analyse nature, but to ask why implies a wisdom you don’t have and I don’t have it, as far as I’m concerned.”

From the standpoint of sexual abuse and trauma’s subjective status as an event, we ought not to subdivide all these individual sexual encounters into mere repetitions. If we do, we lose the ability to act out the important singular and subjective ‘why’ question.

Lindquist’s Gajdusek, despite appearing infinite in knowledge and energy, cannot instance the movement from knowledge to truth – he cannot ask why, let alone provide an answer. This firmly places him in the position of the abuser, in my opinion: he provides false justification for causing pain by invoking numbers and quantities, ignorant entirely the human subject and inner world.

Someone’s long term abuse is as much one event as there exists one person who is made subject to it. The presence of a bounty of knowledge bears no relation, then, to the holding of truth.  As we see here it can signal quite the opposite.

The truth of trauma, the event, will always have one foot outside the threshold of words. I believe that this realisation is a key fork in the road for the pathfinding survivor.

#BreakTheSilence, it stops with us!

See below to watch Storyville: The Genius and the Boys