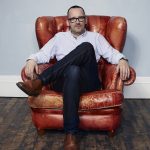 As we come to the end of the #ItsNotOK Sexual Abuse Awareness Week (6 – 12 Feb), I thought it was a good time to put pen to paper and talk about awareness.
This years awareness week had the hashtag #ItsNotOK and whilst I hope we all know its not ok to sexually abuse someone and so maybe we need to re-think the message we want to send out into the stratosphere (more commonly now knows as Twitter), the imporance of building national awareness around sexual abuse, rape and sexual exploitation is vitally important. As a provider of support services and as a survivor myself, I’d like to thank the people behind the week for making that effort.
The week for us at Survivors Manchester was extremely exciting, we got to announce our two new Ambassadors, Richard Gadd and James Sutton, to our already amazing Ambassadors team of Tom, Charly and Steve.
Over the next couple of months the Ambassador team will be coming together to look at how they can support the delivery of our own messages we want to get out there and how they can best champion the services we have on offer for male survivors.

So I want to begin sending our message out there by telling you a little bit about our 2017.
To begin with, our team is changing.
We will be saying fond farewell to two of our team, when Jonathan and Adam head off on the next part of their respective adventures in life. Adam has been with us since we really became the organistion that we are now, and Jonathan has played a big part in supporting the development of the therapeutic services. We will miss them both but are so excited for them both in their futures.
We will also be saying hello to five new members of the team – three new trauma-focused therapists in Marcia, Simon and Stuart and two new Operations staff in Thomas and Precinct. Once they all start, I will ask them to introduce themselves.
Every year, like every charity in the UK, we spend time providing evidence to those that fund our work the positive impact it has on people and 2017 will be no different. Behind the scenes, Chris and I are working hard to produce reports and charts, whilst identifying new funding streams that we can bid for and new ways to generate money to not only keep the services running, but also develop new activities that meet the needs of everyone we work for.
Led by ‘the other’ Chris, the therapeutic support team (Ian, Candy, Billie, Adam and Jonathan) spend much of the latter half of 2016 making some changes to the way we provide support and listening to feedback from those that use our services on what else they want. 2017 will see us introduce a number of new activities, including:

We will also be looking at for those of you that want to, how you can get involved.
I will also be continuing to ensure that I play my part in keeping the issue of, and support for, the sexual abuse, rape and sexual exploitation of boys and men as much on the national and local agenda.
So it looks like it’s going to be yet another busy year but I think we’re ready for it and I know together we can rise to the challenge.
As always, please do get in touch if you need help or support, or if you want to give us any feedback.
Here’s to an amazing 2017 in healing for us all!
Warmest wishes
Duncan
Chief Executive Officer
Survivors Manchester