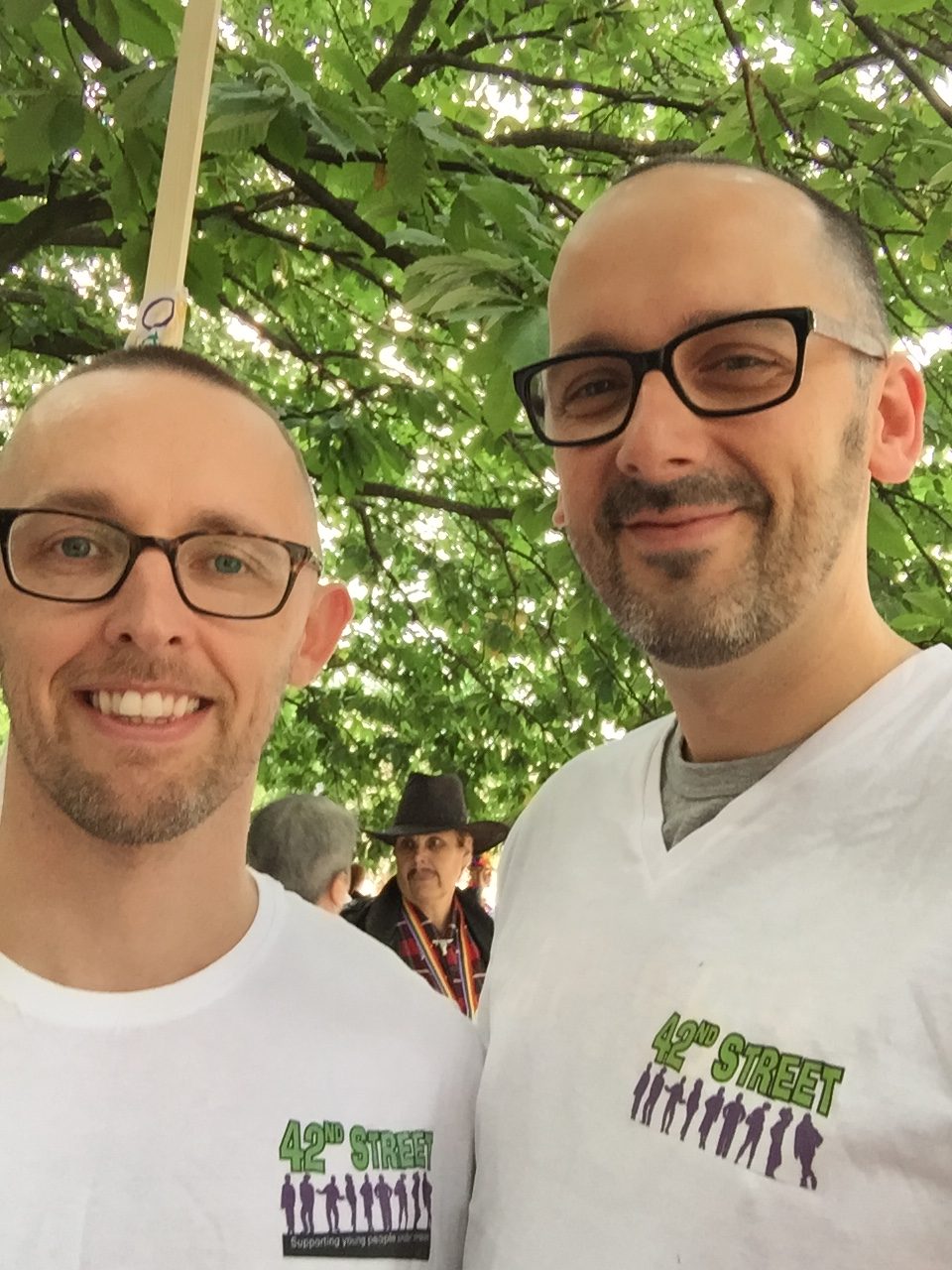 22 years ago, I attended my very first Manchester Pride as a terrified young man wondering what it was all about. Back then it wasn’t even known as Pride, I remembet one year, possibly the second year I went was called Ab Fab Weekend, then Mardi Gras, then Pride.
Back then, as well as the event not really having an identity, neither did I.
I wasn’t sure who I was. Whether or not I was gay, bisexual, straight… I was so confused.
Having been sexually abused, one of the significant impacts it had on me was that it had created so much internal confusion, shattering my sense of self and leaving me with so many questions and so few answers. At the time, there wasn’t anywhere to go with ‘this’ and so the August Bank Holiday weekend party in that that mysterious place I heard referred to as the village seemed like a place to find out.
Like many young people, it was the bright lights, sense of fun and a desperation to belong that drew me to that massive party. I can remember standing on the side of the road, watching the parade pass by and wanting to join in and hide at the very same time.
Over the years Manchester Pride, as it’s evolved into, has been an important part of my life both personally and professionally.
I’ve spent whole Pride weekends providing support and education around drug use when I worked for a drug and alcohol charity; spent the same amount of time promoting safer sex and awareness of sexual exploitation with one of my first projects, The Blue Room; marched for the needs and rights of those living with HIV with the now closed Body Positive North West; done the same to promote support for LGBT (Lesbian, Gay, Bisexual and Trans) people with the LGBT Foundation; and now this year joined the amazing young person’s mental health charity, 42nd Street, to promote the support they offer young LGBT people under stress and dealing with their own mental health and well being. 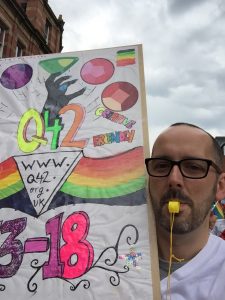 42nd Street are providing safe and creative spaces for young people to work stuff out that’s causing them stress, depression, anxiety, upset and general mental health issues. Recognising the issues that young LGBT people go through, they have developed Q42 (see www.q42.org.uk) and today they shouted out loud… Don’t struggle alone, reach out and we’ll be here.
Knowing a lot more of who I am now I do feel like I want to do something that will help others find out who they are. I’m so happy that in my home city, we have such an incredible organistion that is doing just that and if we’re talking about pride, then I couldn’t be more proud to walk with these young people today.
Happy and Safe Pride to everyone.
#LoveWins