Goodbye Tony and Thank You 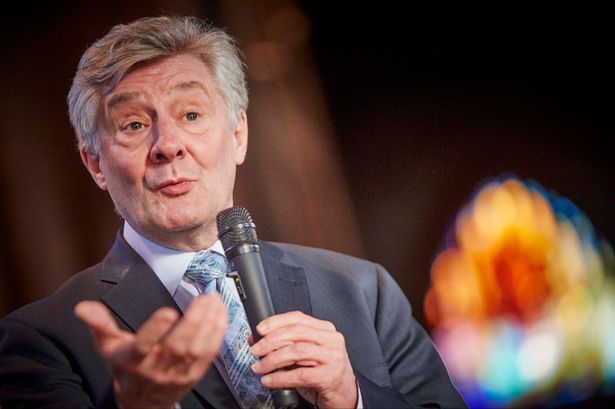 As dawn breaks on 4th May in Greater Manchester, hundreds and thousands will be heasing to the polling station to make their mark in voting for the new Mayor of Greater Manchester and with it, say who will take on the role of the Police and Crime Commissioner.
Since 2012, Greater Manchester has had a Police and Crime Commissioner in Tony Lloyd, former Labour Party MP for Trafford, Stretford and finally Manchester Central.
The role of the Police and Crime Commissioner is to take responsibility for dealing with strategic responses to crime prevention and commissioning the work of Greater Manchester Police.
From the moment Tony Lloyd took on the role, he has been at the forefront of the fight for victims of crime. As a ‘victims champion’, Tony has supported a vast range of victim help and support charities – a real friend to the Voluntary Sector. He has lead the development of many strategies for dealing with crime, ensuring threats to our local area are being prioritised and always ensured that professionals and agencies are held to account when dealing with victims of crime.
One area that Tony has worked hard on is the support for dealing with victims of sexual abuse, rape and sexual exploitation, nowhere more so than with male survivors.
Thanks to Tony, Survivors Manchester was able to pilot the first ever Male specific ISVA in the UK, giving men in Manchester the choice to build a package of support they want. This pilot was independently reviewed and a report published that enabled many others to follow suit across the UK.
His support also enabled us, in association with The Men’s Room, to develop a street based outreach service which meant the Safer Streets Project was able to develop a strategy to meet the needs of young men selling sex or at risk of sexual exploitation in Manchester, a topic no one wants to deal with and is often ignored.
And his commissioning of two reports by Ann Coffey MP, along with the awards of numerous grants to many agencies and groups, showed his commitment to tackling Child Sexual Exploitation, asking us here at Survivors Manchester to support the research and development of reccomendations for male survivors.
Tony, along with Deputy Police and Crime Commissioner Jim Battle, and their team, have been a phenomenal encouragement to us here at Survivors Manchester and we know that the legacy Tony has left has protected more boys and men from further harm and for that we are so grateful.
The board, CEO, Management, Staff Team, Volunteers and service users alike have all been directly and indirectly supported by Tony’s actions and we would like to say a huge thank you. If your reading this Tony, you have been a true supporter and never afraid to take risks on creating change when many were too scared.
Whoever is announced as Mayor in the early hours of tomorrow morning has some huge shoes to fill.