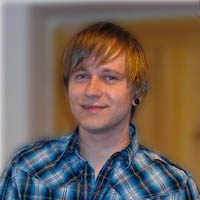 Firstly, I want to say a very warm welcome both personally, and from the board of Survivors Manchester. The new website was recently launched and I’m thoroughly proud, if a little intimidated, to be writing the first guest blog post. Whilst Survivors Manchester started as a simple idea, or more honestly a feeling of injustice and silence, we’ve had the privilege of witnessing the growth of the organisation into something we’re all extremely proud of.
At our recent Annual General Meeting, we had the opportunity to discuss quite how far we’ve come in such a short space of time, and more importantly, how far we’ve got left to go to achieve our goal; for no male survivor in Greater Manchester to be without support. Rather than extensively discuss the AGM, I hoped rather to write, if a little self-indulgently, about a recent and unexpected personal experience I had which reminded me of why we do what we do.
On an impulsive trip to Dublin, I traversed the various tourist hotspots before seeking the refuge of the greener pastures of St Stephen’s Gardens. Unwittingly falling on a day between a large-scale city centre motor racing event and the passing of the Olympic torch, Dublin was fizzing with bank holiday visitors.
Walking through Exchange Street, beside a derelict site in Temple Bar, close to the heart of the city centre, I noticed a striking piece of artwork surrounded by a small gathering of people. The piece comprised of black and white photographs, accompanied by the phrase “Murder of Our Souls”. The striking images drew me closer and peering through a transparent patch, read the statement:

The Ryan Report entails a catalogue of systematic, recurrent and widespread sexual abuse of children and teenagers. Abuse on such a scale conducted over a length of time propels these abuses from standard time-limited crimes into a more serious category. They are in effect a torture of the innocents, these tortures represent a ‘crime against humanity’. The perpetrators and the institutions, both public and private, which condoned them should be held accountable for their actions. The judiciary of the Irish State failed to provide the victims with effective justice, now, the Irish State should be brought before the European Court of Human Rights in Strasbourg.

Unbeknownst to me, the installation was the creation of Mannix Flynn; a part of a series developed by the Survivors Network of those Abused by Priests (SNAPS), and the Centre of Constitutional Rights (CCR).
As a brief background, the Ryan Report was written by The Commission to Inquire into Child Abuse (CICA), funded by the Irish Government. Following media coverage in the 1990s and subsequent legal actions from former inmates of residential institutions in Ireland, the Irish Government issued an apology, stating:

On behalf of the State and of all citizens of the State, the Government wishes to make a sincere and long overdue apology to the victims of childhood abuse for our collective failure to intervene, to detect their pain, to come to their rescue

Following the apology, CICA were commissioned by the Department of Education to investigate the extent of abuse suffered by those children resident in the institutions, releasing a public report in 2009. Over 1,500 people came forward with complaints to the commission over a period of 8 years and the Ryan Report, amongst thousands of cases of neglect and physical, emotional and sexual abuse, included claims by 253 boys who had suffered sexual abuse. The abuse was incurred within a number of institutions; including 60 run by the Irish Catholic Church on Religious Orders. Despite a number of setbacks, including the chief medical officers at the time not being forced to appear before the commission and an indemnity deal between an Irish Minister and a church group representing a number of congregations, itself leading to compensation claims largely being incurred by taxpayers, the report led to international coverage and was reported in many countries as groundbreaking.
Separate, but parallel to the commission’s investigations, it also transpired that 211 children and babies in state care, including many of those giving evidence to the commission, were subject to vaccine trials. The first of the clinical research documents, published in 1962 in the British Medical Journal, included the statement “we are indebted to the medical officers in charge of the children’s homes….for permission to carry out this investigation on infants under their care”. Despite this, the commissioned investigation deemed that the decision to conduct the experiments was justified due to the severity of the conditions which the vaccines sought to treat, and that the lack of evidence meant that it had not been possible to confirm if consent had been given by parents or guardians of the children, or what arrangements were arrived at with managers of the homes.
Whilst the European Court and the means to achieve redress may have been the purpose of the installation, truthfully it was not that which hit me the hardest. It struck me standing there in Dublin, hundreds of miles away from home, the bravery of those that came forward and stood against the very institutions that had impacted so heavily on their lives. The commission itself and the work carried out paled in significance to the symbol of a movement which influenced a state, the institutions in which they suffered and the many more that spoke privately to those around them, and publicly to those that had suffered abuse, their supporters and the public at large. Whilst the movement itself may never change the unwanted physical, emotional and sexual experiences of those that spoke or listened, nor may any redress truly result in justice, removing the silence and isolation that many experience following abuse is possibly the most important change we can make, individually, as a wider community and as society.
The importance of the organisation I’m proud to represent has never been lost on me, but the symbol it represents, Breaking the Silence, has never resonated quite so loudly. Whether it’s the first time you’ve been on this website, or you’ve been a long-time supporter of Survivors Manchester, I want to extend my gratitude to be counted amongst you.

Murder of Our Souls