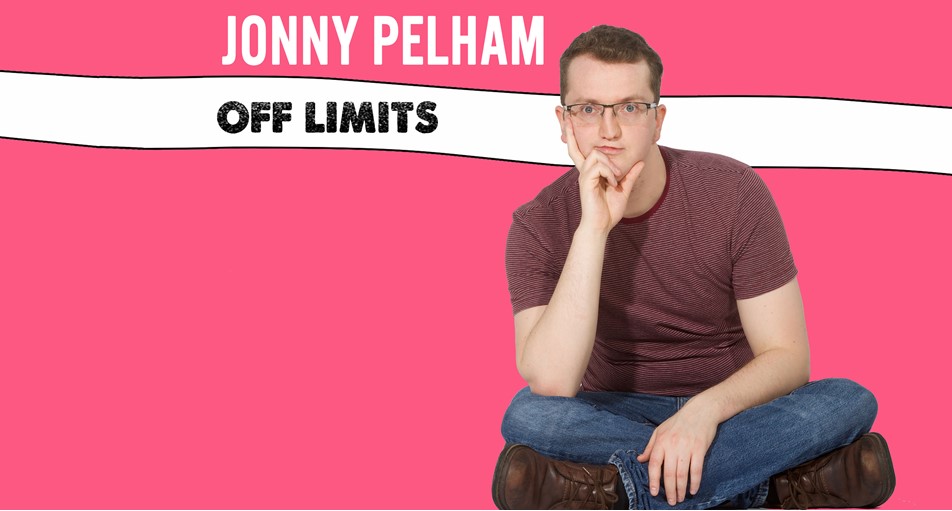 A few weeks ago the BBC asked me [Duncan] for my comment, as the CEO of a male survivor charity, on Jonny Pelham’s use of experiences of child sexual abuse as material for his comedy.

I often get asked to pass comment, in fact I have often been rent-a-gob and wheeled out whenever the media want a comment on sexual violence and male victims/survivors. In the main, I have been happy to oblige (there was this one time I pulled out of doing a documentary as I didn’t like the direction it was going in and when I did pull out the producer called me to say “but I’m a BAFTA winning producer” and I reminded her that means a lot and nothing at the same time; oh and there was also this time that a Police based documentary… nah, I’ll leave that for another time but safe to say that when I commented to the Director that their persistent badgering of me and my team to be part of their show that surrounds the issue of consent when I keep saying no is ironic, probably means that production company wont be asking me again – btw, the finished piece was terrible) but I do always think properly about what I’m saying.

But for this request, it was really easy… Yes, of course, I’ll have something to you in 10 minutes. It was really easy because there is only really one comment I can make, which is “no one gets the right to decide how a male survivor of childhood sexual abuse talks about childhood sexual abuse and in particular his experiences of it”. I don’t know why that isn’t that simple, its an open and shut case, isn’t it?

Well apparently not. Apparently, there is a idea that people can tell Jonny that he shouldn’t be doing that or passing judgement on him doing that… that being telling jokes about sexual abuse AS A VICTIM/SURVIVOR of sexual abuse.

Now I get that some people might not find it funny or even are really offended by it (I’m 100% sure that Jonny’s goal isn’t about offending people, I’m sure it’s about him and his experiences) and people have 100% the right to be offended. However, they don’t have the right to shut a survivor down in how he talks about his survivorship.

Someone’s experience is just that, their experience, and whilst it will be different to everyone else’s (no 2 people have the same experience of an experience – experience is uniquely unique to that individual) it is theirs and their absolute right to expel this into the atmosphere however they wish to. As I said in the BBC article “Like every other survivor, Jonny has carried the secret with him for years and it’s not a burden for him to carry, so how he rids himself of it is entirely up to him.”. Now yes of course, it will come with consequences (good and bad for want of a better word) but that is different to the suggestion that they shouldn’t be doing it.

Who the fresh hell is anyone to tell a survivor how he/she/they should conduct themselves in how they express and narrate their own healing! How dare anyone tell this survivor what is ok and not ok about his expression of his survivorship!

I have been disappointed to say the least that some voices in the sexual violence sector are using this moment to push down on Jonny’s ‘doing’ of his jokes on his experience, yep, that’s right… HIS experience. As a survivor myself I’m left scratching my head that the sector that’s supposed to amplify survivors’ voices are debating or commenting in a way that shuts it down.

Maybe there is some misunderstanding here because I also notice that there are a lot of conflating going on attaching this (a survivor joking about his survivorship) to the recent backlash against Jimmy Carr or Dave Chapelle. For the record, my understanding is that Jimmy Carr is not from the Roma community nor is Dave Chapelle a trans person (but happy to stand corrected, there are plenty of other examples of punching down I can use) and so this is different. It’s really lazy to say reduce this to “what’s funny and what’s not”.

The simple fact is that Jonny Pelham is a male survivor, who is making jokes about his experiences and the topic that has impacted him personally, that topic is Childhood Sexual Abuse.

So world, you don’t get to tell him what he can and can’t laugh about his own experiences.

For me, well I’ll decide for me if I think he is a good comedian, if I think the material he is doing is funny, and even whether I go see him again. But what I won’t be doing is in any way shape or form be trying to silence him, prevent him from joking about this or in anyway punching down on him for doing it.

Jonny… if nothing else, thank you for breaking YOUR silence and doing it YOUR way, I stand with you in our survivorship.

Jonny Pelham’s website is www.jonnypelham.com and his show #OffLimits is touring the UK until the end of April, stopping off here in Salford on 26th March.