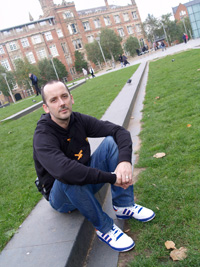 I’m sat here in the office and it’s quiet, which makes a change, because this year has been ‘off the scale’ in terms of busy.
Coming to the end of the year, it feels like a perfect time to take a look back over 2013 and see just how in the hell we’ve got to where we are today.

I started off the year with my nose to the grind stone pulling together all of the work that had been completed by the 20 male survivors of sexual abuse and rape that was to go in the Survivors Manchester guide: Breaking the Silence. It had been a fantastic project and all the lads had worked so hard to get it completed. Yeah sure, so we had few hicups along the way and we couldn’t get everything in the book, but the finished result I am so incredibly proud of and i’m so proud of all of the lads that were involved – each and every one of them. Click here to download the guide.
We also launched our Social Return on Investment (SROI) project, managed by Amelia at Zurich Community Trust. The aim of the project is to evidence the impact our services have on the economy.

Happy Birthday to us! On 05.02.2013 we celebrated our 4th birthday with a bang!
Funded by Zurich (Manchester Office), through the Zurich Community Trust, February saw the completion of the Psychological Edge course, designed and delivered by the inspirational Martin Robert Hall. The course had been about inspiring those attending to reach their potential. This was certainly delivered without a shadow of a doubt!
and then… BANG! Our business case was accepted by NHS Manchester and suddenly we were catapulted into being in the position to take on staff members and secure and stabilise more of our services. Importantly, our telephone helpline (0161 236 2182) could re-open which gave us the ability to engage with people in another way.

Survivors Manchester welcomed its first staff team members, Psychotherapist – Tom Taylor, and Project Worker John Newton.
These two appointments meant so much for the next step of the life of the organisation as we could now serve more boys and men who were asking for our help.

As requests for support continue to rise, we welcomed another new member of the Survivors Manchester team, Daniel Wolstencroft, who joins us as our Project Support Worker. Daniel was charged with the task of supporting the smooth running of the office, helping run the group, and meeting with some of our service users to offer support.

I got the shock of my life in May when I was listed in the Independent on Sunday Happy List 2013, which they state as being a list of 100 inspiring people who have selflessly enriched the lives of others in the past year. I couldn’t be more proud, especially as it was because of my work at Survivors Manchester.
We got the opportunity to be part of the Victim Support Northwest Victim Care Unit open day which was a huge success, with visitors from all over the North West.
Team Survivors also did an incredible job in completing the BUPA Great Manchester 10k Run, raising much needed funds to support the delivery of front line services.
Our 5th AGM took place and our founding Treasurer, Jo Silvester, formally retired. Jo had been an incredible trustee and I personally am so thankful for every bit of support she has given me and the organisation every step of the way. This meeting also saw Craig Harris being voted unanimously to take the role of Chair, Lee Hughes being voted as Deputy Chair and Fran Healey becoming the new treasurer.

I was invited to present to the Inquiry into Child Sexual Exploitation in Gangs and Groups, facilitated by the Office of the Children’s Commissioner, and held at CEOP. It was an incredible honour to be asked to do this, particularly as it was because of the work we carry out at Survivors Manchester.

Our Project Worker, John, began a secondment with The Men’s Room, a perfect ‘organisational’ fit to aid the support of those young men engaged in sex work.
West Mercia Rape and Sexual Abuse Support Centre invited us to present a workshop to their staff on working with males which will support their work.
Our ‘Safer Streets’ project, a joint project with The Men’s Room and Mancunian Way, was launched. The project focuses on engaging with young men selling sex or at risk of sexual exploitation. This 6 month pilot project will look at how we can meet the needs of this client group and gaps in service provision.

As part of the Third Sector Review into Mental Health, we opened our doors to the review team who understood a ‘desk top review’ of our services. The final report, issues in xxx, highly praised our work and the positive impact its having on the lives of individuals.
In response to the Ministry of Justice’s intentions to open a £4 million fund for Rape Support Services, that Survivors Manchester can’t apply for due to supporting boys and men, we stared a campaign to lobby the ministry. We were overwhelmed with the response and the amount of people who made their voices heard. Thank you and as soon as we know anything more, we will let you know.

This month we saw an addition to our small team as Chris Speed, Volunteer Administrator, took up position and settled in well, starting off with helping us input all our data into our fantastic CORS system.
We also had a few updates to our website from the guys at Go My Sites, who originally built the site. A few tweaks later and we’re up and running, as smooth as ever.

Following a few meetings and emails, October saw the welcoming of Adam Scott, Trainee Counselling Psychologist, from the University of Manchester. This meant that we could again meet demand on our services by providing more counselling sessions.
I was honoured to speak at the Safe Place Merseyside conference, which also saw our friend and supporter, Zoe Lodrick, giving a fascinating speech on the psychology of sexual offences.
For over 4 months, we had been in confidential talks with Channel 4 drama, Hollyoaks, about supporting them to develop a storyline that would see main character, John Paul, experience being raped at the hands of Finn O’Connor. October was the month we were finally allowed to talk about it and when it hit the headlines, the press really took up the story. We are so grateful to Lime Pictures for allowing us to be as involved as we have been.

What an action packed month! To start with, I was honoured to attend the launch of the Inquiry into Child Sexual Exploitation in Gangs and Groups, which took place within the Houses of Parliament. Having been a part of this inquiry, it was amazing to see it launched.
Survivors Manchester got a huge profile boost when BBC’s Crimewatch invited me to appear live on the programme as part of an appeal, talking about why its difficult for male victims to step forward. This was not only a real honour personally for me, but had a profound positive impact on our small charity, giving us real visibility.
The last trustee meeting of the year was had and we were delighted to have co-opted a new trustee, Alex Bryce, who is a great addition to the board.

December is our ‘charity anniversary’, and this year it is our 2nd Anniversary of being a charity. Just sat here writing all this just reminds me how young we are as a charity and yet how much we can get done.
I am so proud of my team: Tom, John, Danny and Adam; our volunteers including Jim, Chris, Amy, Christos, Amelia and Donna; and the board: Craig, Lee H, Fran, Lee W, Kate, Evan and Alex.
As the founder and head of the organisation, its a real privilege to have all of these people help you realise your dream – that no boy or man in Manchester has to suffer the silence of sexual abuse or rape.
I wish you all a very merry christmas and a happy new year.
Duncan
Duncan Craig
Service Director