We are absolutely over the moon to announce that our very own founder and Chief Executive Officer, Duncan Craig, has been honoured with to receive an Attitude Pride Award 2015.
In this 21st birthday issue of Attitude – their biggest ever, at a whopping 214 pages – Attitude pays tribute to 12 ‘extraordinary ordinary’ people who we feel best embody the spirit of lesbian, gay, bisexual and transgender pride. Duncan has been chosen as one of those 12! 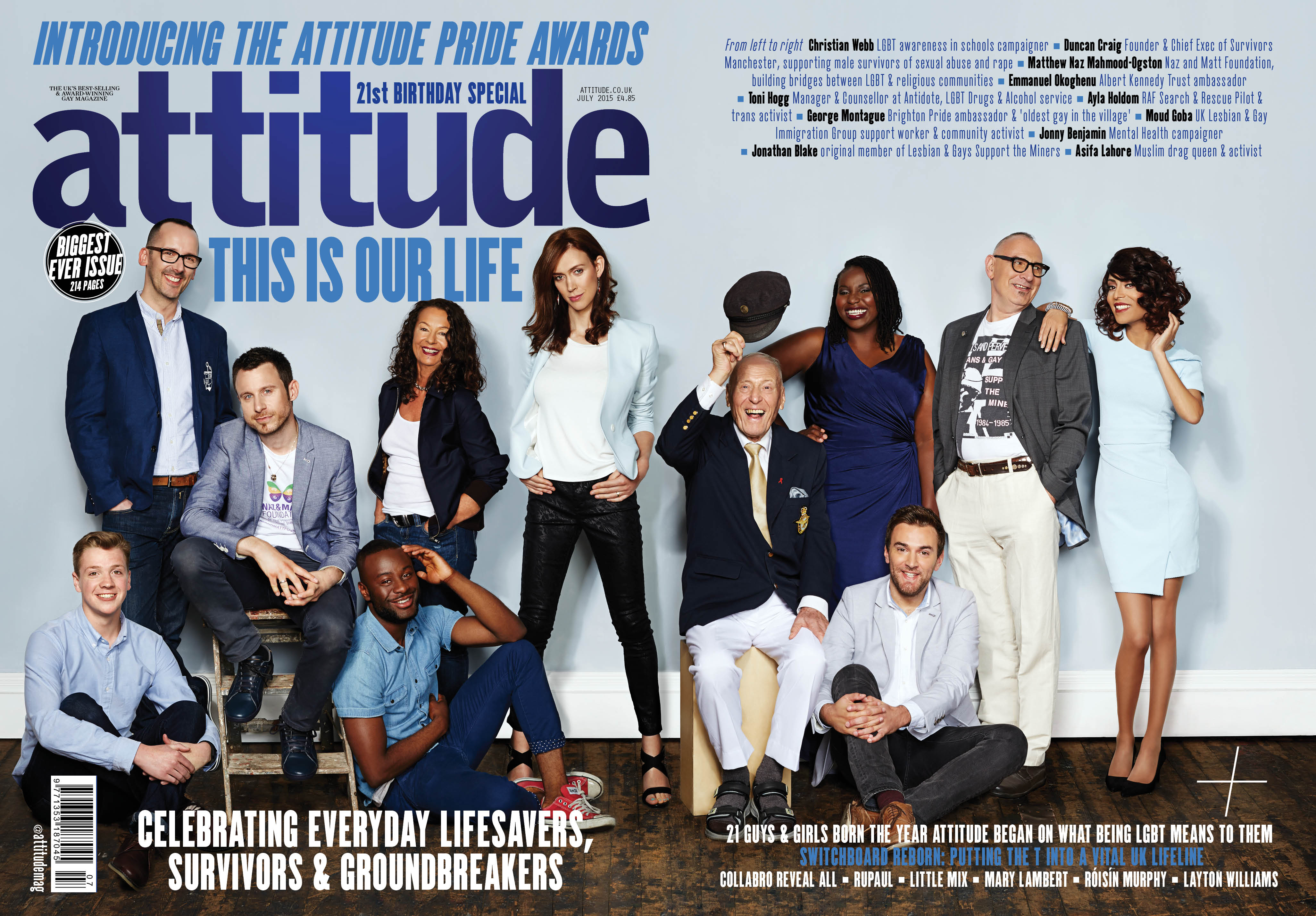 The full list of winners is:
Jonathan Blake, an original member of Lesbians & Gays Support the Miners (LGSM), the group featured in the hit film Pride.
Asifa Lahore, a Muslim drag queen whose glamorous aura is coupled with a serious drive for LGBT activism.
George Montague, Brighton Pride ambassador and ‘oldest gay in the village’.
Duncan Craig, Founder and Chief Exec of Survivors Manchester, supporting male survivors of sexual abuse and rape.
Christian Webb, LGBT awareness in schools campaigner.
Ayla Holdom, RAF Search & Rescue Pilot and transgender activist.
Moud Goba, UK Lesbian & Gay immigration Group support worker and community activist.
Jonny Benjamin, mental health campaigner.
Emmanuel Okoghenu, Albert Kennedy Trust Ambassador.
Matthew Naz Mahmood-Ogston, of the Naz and Matt Foundation, building bridges between the LGBT and religious communities.
Toni Hogg, Manager and counsellor at Antidote, the LGBT Drug and Alcohol Service.
Mena Houghton, who since the death of her gay son Mark has become an outspoken activist against homophobia.
As Attitude state, it’s a diverse and inspiring group, each with their own important story to tell, and here at Survivors Manchester we are so proud of Class of 2015.
Duncan said

I am so honoured to accept this award. Attitude Magazine has been a huge part of my own life and story over the past 21 years, so to be with a group of incredible people on its 21st Birthday front cover is mind blowing. Listening and talking to a few of the winners and now reading their interviews brought a lump to my throat and made me feel even more proud. I’d like to say a massive congratulations to all the winners and a huge well done to editor, Matthew Todd, for having the balls to do something like this.