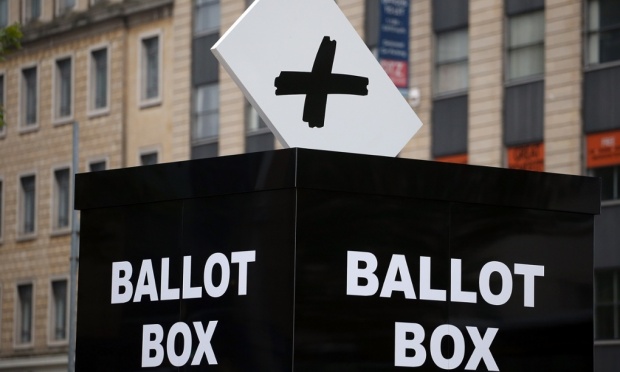 We were absolutely delighted to hear that our very own founder and CEO, Duncan Craig, has been shortlisted for The Guardian’s Charity Trailblazer of the Year 2015!
The Guardian Voluntary Sector Network received more than 150 nominations for Charity Trailblazer of the Year and With the help of Amy Brettell, head of charities and social organisations at Zurich Insurance and George Bangham, policy and communications officer at Acevo, they have shortlisted a final five.
Finding out about his nomination, Duncan said:

I cannot believe it, what an absolute honour and a huge surprise. Being the only male in the shortlist is a massive achievement, especially as its breaking the silence of male hurt that I constantly fight for. Standing next to these amazing women on the shortlist I find just really humbling. But in receiving this nomination, I cannot forget to mention that there have been quite a few people that have paved the way to enable me to do what I do now. People such as Michael May, Martyn Sullivan, Fay Maxted, Bob Balfour, Mike Lew, Steve LePore, Dr Gary King and many others. They have been fighting for the world to hear male survivors voices and I am certainly grateful for that”

As the only sexual abuse and rape charity on the shortlist, Survivors Manchester is extremely proud and knows that Duncan will be doing this for all the trailblazers in this field.
To vote for Duncan, click here.
Results will be announced on Monday 2 March and the overall winner will be rewarded with a breakfast and morning at the Guardian, bespoke mentoring from Zurich Insurance and an iPad Air 2.