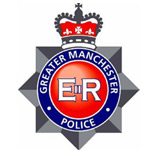 Her Majesty’s Inspectorate of Constabulary have today released a report putting Greater Manchester Police (GMP) under the spotlight as a failure of some personnel has resulted “under-recording too many reports of crime” including rape, violent crimes and sexual offences.
The report, which looked at processes and recording between 1 September 2015 and 29 February 2016, rated crime recording “inadequate” and estimated that 38,000 reported crimes each year were not recorded on systems
The inspectorate found:

I was really disappointed to hear the findings of the report as I know that GMP have worked hard to address long standing issues to ensure that sexual abuse victims and survivors get the best possible treatment and support. They have acknowledged training gaps and asked for support; they have taken a firm and pro-active stance on addressing child sexual exploitation; and been leaders in recognising and working with us and partners to ensure that male survivors feel able to come forward. I know GMP colleagues have worked closely with our ISVA to ensure men going through the investigation process have their needs met. I have spoken to my GMP colleagues and feel assured that all necessary action has been and is being taken to address these failures and ensure they don’t happen again

“All the rape cases within the report have been fully reviewed. The errors identified are unacceptable from a crime recording perspective and we know that we must improve in this regard. In most of the cases in question, a crime should have been immediately recorded and then considered for cancellation later, rather than delaying the recording for more information to be obtained. In each of the cases, we have carried out an investigation and worked with the victim as far as possible to ensure the right outcome.
“We remain committed to helping victims and will continue to work alongside organisations such as Survivors Manchester to support victims of rape and sexual assault.”

If you feel you would like to talk to the Police about a sexual assault or what your options are in speaking out, Trevor is ready to help. Call 0161 236 2182 or email ISVA@survivorsmanchester.org.uk