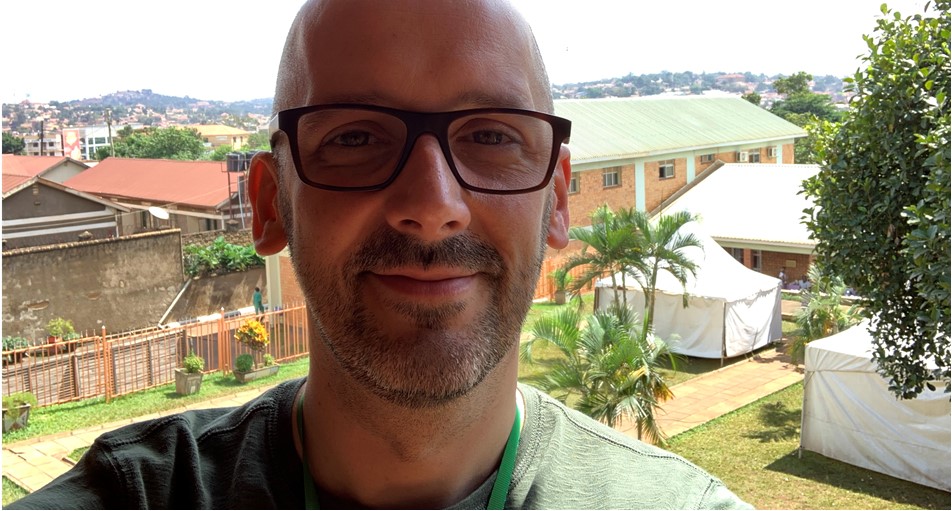 International Day for the Elimination of Sexual Violence in Conflict

On the 25th May 2019 at 09:15pm, I boarded a plane at Manchester Airport to begin a 17 hour journey (stopping in Qatar for a couple of hours) bound for Uganda. Little did I know as I stepped on that plane that I would have the most incredible, eye opening and life changing experience ever!

As today is the 5th International Day for the Elimination of Sexual Violence in Conflict, it seems poignant and appropriate that I write this blog for the Survivors Manchester website and ask that you stop and think what you can do to understand the issue of sexual violence in conflict and what part you can play in eliminating it.

I was invited to the 4th South-South Institute in Uganda by Dr Chris Dolan and the Refugee Law Project which had the theme of  ‘Sexual Violence and Conflict – Bridging the Divide’.

Originally born in the UK, Chris Dolan has been working in this field for many years and making a huge difference to the way we understand sexual violence in conflict. I first became aware of him and his work when I read this Guardian article then in 2017, I attended the 3rd South-South Institute, hosted by the amazing Ken Clearwater from MSSAT Aotearoa.

In New Zealand, I got to spend some time with Chris hearing all about the issues faced by the men in Uganda and these conversations left me with a desire to go and spend time there to learn from the project and the men and work out what part I can play in creating change.

So when I landed in Uganda, this was a 2 year long dream come true. I guess I arrived with a very white British view of Uganda made up from images I have been bombarded with over the years from the news and the Comic Relief appeals. I was certainly nervous about being there because I didn’t know that much about the place, but then that’s fear of the unknown. But I cannot express enough how welcome I felt by the other speakers, the team of the Refugee Law Project, and the male survivors from the Men of Hope, Men of Courage and Men of Peace groups.

The opening day was one of the most humbling experiences I have ever had. As is tradition at institutes, everyone went around the room and everyone introduced themselves and said a little bit about why they were there. Interpreters helped those of us that only spoke English to understand the words of those male survivors in the room for whom English isn’t their language. There was men from Uganda, Kenya, South Sudan, Burundi and Democratic Republic of the Congo (DRC), many of which are places with a long history of conflict.

The opening address was made by Yasir Sooka, Chair of the Commission on Human Rights in South Sudan, setting the tone for the whole Institute and challenging us to listen to the voices of survivors.

In the afternoon, I was also privileged to be part of a panel where Dr Yahya, a medic from Syria talked about the incredible work he is undertaking in one of the most dangerous conflict zones in the world; then later American born Thomas Osario spoke of his work in the Bosnian conflict and what we’re only now uncovering.

I then had the honour of speaking on the work of Survivors Manchester in helping male survivors. I talked about our services; I spoke about our work in Prison; I spoke about my own story of receiving help as a male survivor and made sure there was time for people to ask questions. Many of the men came to talk to me afterwards and asked me about speaking out and how I felt as a professional who is a survivor. Something in their questioning felt like these men were trying to work out where my ‘shame’ had gone. We talked into the early evening and as I returned to my mosquito net bed, I felt full of new knowledge and an eager openness to learning.

All the inspiring speakers spoke of finding any way to create communication and develop a language that male survivors understand. This wasn’t a new concept to me as its something we always strive to do at Survivors Manchester but somehow, it felt so different to hear it here.

That feeling never left me and much of the rest of the Institute I spent listening, absorbing and digesting. I got to speak with the other international speakers, academics, and people who are working hard to support men affected by sexual violence in conflict, war and displacement. But in speaking with these people and the men directly affected by sexual violence, my fellow male survivors, I learned a valuable lesson – don’t take for granted what you know and always remember there are always new ways to look at a problem and find a solution.

I often hear people talk about ‘Gender Based Violence’ but seemingly only when talking about violence against women and girls. But I was reminded to stand up and ensure that we remember men can be subjected to Gender Based Violence – when the act of physically controlling / sexual violence is enacted against a male BECAUSE he is male, essentially to subjugate him or to Demasculate him. I learned more about how sexual violence is committed against males in war / conflict but is often interpreted as ‘torture’ whereas acts against females is seen for what it is. If a man’s genitals are hurt as part of ‘torture’ then surely we need to call that what it is… SEXUAL VIOLENCE (i.e. violence committed against his sexual being).

I’m still processing my whole experience of being at the Institute and ensure all that I learned is brought into the UK and in particular for me, Greater Manchester because I owe the men that helped me understand their experiences the respect to use that understanding to create change for men here.

I’ve written to a number of organisations in Greater Manchester and across the UK that work with Refugees and displaced people to see what they do for male survivors and how they identify male survivors and I hope to begin meeting with them soon.

I’m also developing a ‘think tank’ for staff and interested parties to open discussion on how we, as a organisation committed to supporting male survivors, can increase our offer of support.

So what are you going to do?