Mitchel Speaks Out to Break The Silence and Stigma

“I don’t want people to feel sorry for me.”
This is something 24-year-old Mitchel White is adamant about from the offset; his sense of personal and professional ambition palpable.
The down-to-earth founder of LeftMedia has invited me in for a coffee after posting on LinkedIn about his HIV journey. We chat at their Manchester city centre office where I encounter a frank and warm young business mind.
But the young start-up owner, originally from Wolverhampton, has been through some extremely testing times. 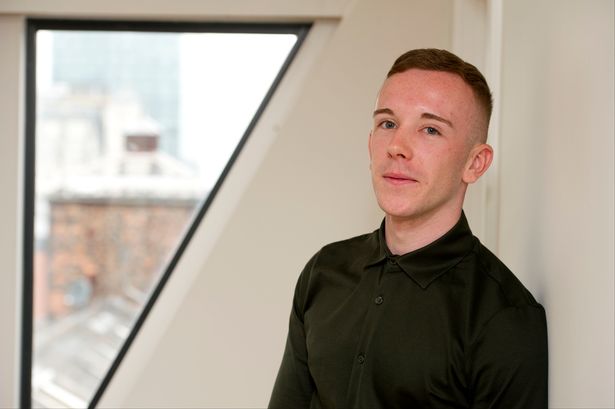 Robbed of his teenage years
On course to attend Oxford University, as a straight A* student, his academic dreams were robbed after he was raped aged 15. Mitchel has waived his anonymity to speak about the attack.
“I felt very guilty about it for many years and I’ve been through a lot of therapy with the charity Survivors Manchester. It changed me at the time into an unruly teenager because I didn’t confide in anyone and I dropped out of sixth form. I told my mum last year and those who I love already know about it. I’m in a much more positive place now.”
Determined to leave his home city and start afresh, Mitchel moved to Manchester aged 18.
“There was something I really loved about Manchester – the mix of old and new architecture was so cool and the people were friendly.”
Working at HSBC as a reconciliations clerk and as an office manager for a solicitors firm previously, Mitchel was yet to forge a career.
“I never thought about starting my own business, I was just going to recruitment agencies.”
Setting up in business
Using the platform PeoplePerHour the enterprising teen started designing logos for other start-ups for £10 a time from his Salford bedroom. Describing himself as a ‘reluctant creative’ this grew into marketing agency LeftMedia, which until he was diagnosed, was on course for £300,000 turnover.
“To begin with it was more to feed myself but I started to think this could be a bigger business.”
Setting up officially in 2014, Mitchel expanded the offering to graphic design and then marketing.
“You can add a lot more value with marketing and you can quantify the value rather than making a pretty logo”, he laughs.
He hired a graduate designer from Manchester Metropolitan University and won big clients such as Ribble Packaging in Oldham.
Everything was set for growth when the bombshell hit.
Diagnosed with HIV
After a routine check for HIV at North Manchester General – he tested positive.
“Being told was horrible, there was no real way they could butter it up and I felt a massive weight had been dropped on me.”
Now Mitchel faced the task of coping in a personal sense but also staying afloat in business.
“It changes everything really, you start to question what’s important. You wonder why it happened to me? Was it my fault? Was I putting myself at risk? But I wasn’t.”
The next hurdle was dealing with the stigma of HIV, as a condition that people remain widely ignorant about.
“In my circle of friends, because they are mainly gay, it was something that was more commonly talked about. But with straight people and my family it was very different. It was something they didn’t know about so it seemed an alien, scary subject.”
Mitchel, who controls the virus with one tablet a day, was forced to take time off work as he became run-down.
“In the beginning I was really tired and the rest of the team were wondering why I was at the hospital so often. I didn’t tell our graphic designer for five months because it felt like a really awkward conversation to have with an employee. Straight away he understood though and it was a relief because they were wondering if my heart was still in the business.” 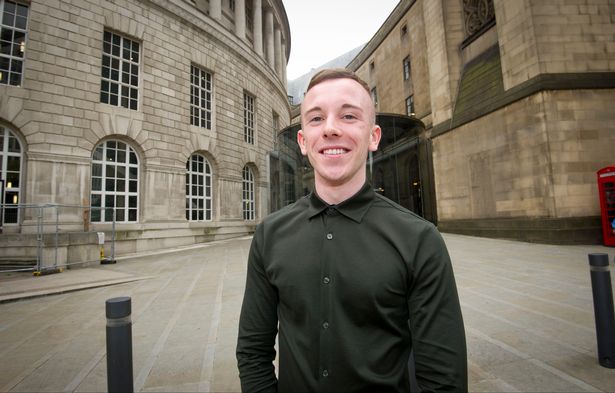 Dealing with the diagnosis
After being diagnosed, he felt he needed to legitimise himself again and took professional criticism to heart.
“In one meeting for new business the purchasing manager started questioning the ambition of the business. At the time, because everything was so raw, it felt like he was attacking me. It was a real struggle even turning up to those sort of meetings at the time because of my health.”
Typical of his can-do nature they won the pitch anyway. Now with unfaltering ambition the young boss has turned a corner. And he believes more can be done in the business community to stop the spread of HIV.
“The more that people with HIV talk about it, talk to their friends and family, and in business the better. Testing is one of the most important things and knowing that you have it so you can get treatment. I think even testing in the workplace could be implemented. It would make it more normal because GUM clinics and hospitals are very clinical and people feel a bit judged. If testing happened in the workplace it would almost be like having a diabetes test and people wouldn’t think twice.”
The business owner is feeling more positive, mentally as well as physically, visiting the gym everyday.
“I’m definitely in a better place because I feel happy again. I feel confident and I don’t wake up in the morning thinking about the HIV. Which at the start I did.”
Sharing his story
Brave Mitchel shared his journey on social media platform LinkedIn with a post about being kinder in business, as you don’t know what people might be going through. He has received unwavering support with more than 125,000 people viewing the personal post.
“I wanted to break the stigma of HIV being such a massive thing and to try and normalise it. I’d had dealings with a few people in business who weren’t very nice and I don’t think there’s any need to be like that. You can be nice and still achieve a lot in business.”
Mitchel is now one year into a happy relationship with boyfriend Ste, 30, and wants to show the world you can still run a successful business and be HIV positive. The consultant said to me ‘although you will lead a normal life, the life of a business owner is not normal.’
“But I think if you let things like that dampen your ambition then what’s the point? You have to get on with it and carry on. I think you should deal with things and be open about them but not let them define you.”
So has the diagnosis changed his priorities in life?
“If anything it has given me more ambition. Before I was diagnosed it was very much about money but now I feel lucky to be alive really. If there wasn’t such good treatment and they hadn’t caught it as early as they did who knows what could have happened? Now I still want to achieve but I also want to give back and create jobs.”
Mitchel is aiming to grow LeftMedia to 10 employees in the next three years and increase turnover.
The firm has also just had its most successful first quarter to date.
“I have never been more motivated and ready to go,” he tells me with a glint in his eye.
This is a man clearly comfortable with himself and ready to show the world what he has to offer.
“People have said I am brave to talk so openly about HIV but I don’t see it that way – I feel comfortable with it.”
[Article published in Manchester Evening News on 06.08.17]