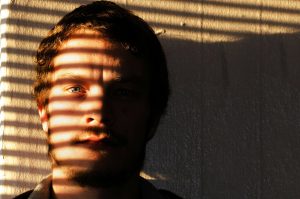 Survivors Manchester is proud to be supporting Dr Siobhan Weare from Lancaster University as she researches the ‘hidden’ sexual crime when males sexually violated by women.
This new survey, the first of its kind in the UK, will gauge the extent of men being sexually violated by women
The new research project, by Dr Siobhan Weare, Lancaster University Law School, has organised an online survey as part of the new research project which starts today.
More specifically, Dr Weare is researching men who are forced by women to have sex with them against the men’s will, also known as ‘forced to penetrate’ cases.
Examples of such circumstances might include:

As part of this research study, Dr Weare is inviting men who have experienced non-consensual sex with a woman to complete an online survey anonymously regarding their ‘forced to penetrate’ experience(s). Dr Weare said:

This is a hidden crime. The findings of this research will enable a greater understanding of the experiences of men who are forced to penetrate women and will help to develop practice and policy in this area, as well as in relation to the broader issue of men who experience sexual violence. At the moment no data exists in this area the UK. While, anecdotally, ‘forced to penetrate’ cases exist, we have no means of measuring the lived experiences of men it happens to or the extent of the problem.

I met Dr Weare a number of years ago and was blown away by her commitment to shining a light on the victimisation of males. This is such a complex area, one fraught with very difficult routes to navigate and Siobhan is breaking new ground. The sexual violation of men by women is one of societies last taboos and we need to be grown up and have these difficult conversations. We’re really proud to be supporting this work.