Here at Survivors Manchester, we were so overjoyed to hear that someone very special to us has popped the question and she said…. YES! 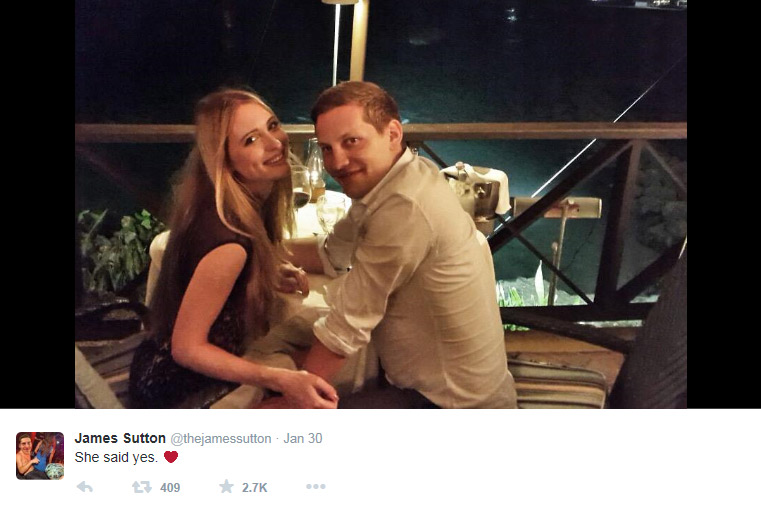 Hollyoaks actor and Survivors Manchester’s ally, James Sutton, has asked long time girlfriend, model/singer and actress Kit Williams to be THE one and the answer was yes! Taking a break from filming the popular Channel 4 drama, James popped the question and we couldn’t be more happier.
As many of our followers will know, we first met James in 2013 when we were approached to support the storyline that saw James’ character, John Paul, be the victim of rape at the hands of Finn O’Connor. Since then, James has been a true ally and one of our biggest advocates and supporters, helped along by kind words of encouragement from Kit.
So congratulations folks, we are so happy for you and we wish you all the best for your future together.