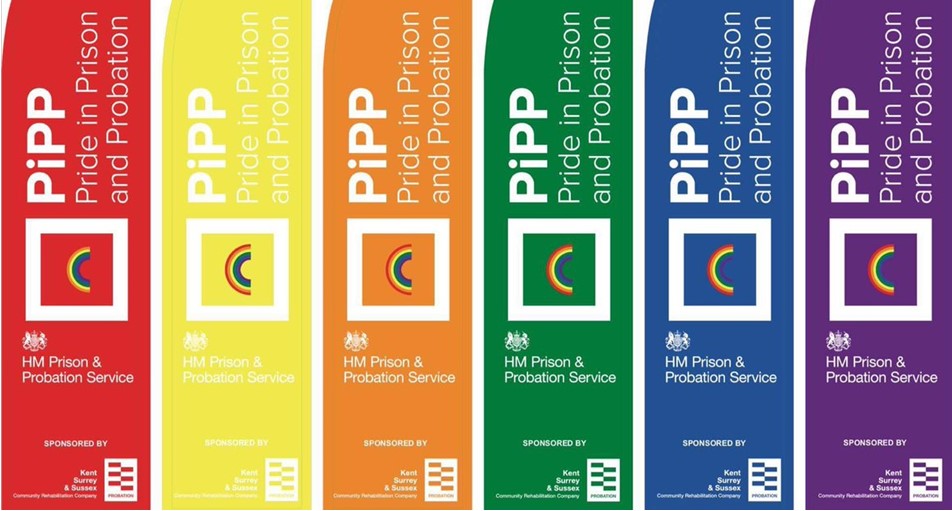 Standing Proud Being Me

To support HMP Buckely Hall’s Equalities work, our CEO was asked to provide some words about working in prison and being proud. As all our friends and colleagues know, Duncan is always ready to stand tall for equality and challenge people’s thinking and mixed in with that anyone that has ever heard him talk about our work in the prison setting will know how passionate he is about this (plus we know Buckley Hall is a really important place for him) so he jumped at the chance and sat down and wrote this blog for their newsletter:

2019 marks the 50th anniversary of the moment a small group of people, outside The Stonewall Inn in New York, took a stance against oppression and fought back (literally). That moment, which is now seen as the birth of the LGBT+ Rights, is part of my history. If it wasn’t for that group of people then maybe I wouldn’t feel so able to be truthful about myself.

Being the founder and Chief Executive of Survivors Manchester means I often end up in the spotlight with the things I say, decisions I make and how I present myself. It means that I am available for people to scrutinize  publicly – and oh they do! Then added to that, I’ve chosen to put my own lived experience as a survivor of sexual abuse in the public domain which has been used countless times by the media and puts me under even greater scrutiny.

Over the years, my work for Survivors Manchester in secure settings, some people have suggested I shouldn’t be open about who I am but anyone that knows me knows that goes against what is integral to me as a person, a therapist and as global citizen – anyway, its not like I just randomly ‘fire at will’ tell everyone everything about me in the first 5 minutes! I do adapt my language and offering to my environment like any consciously minded person does.

But using my whole self in my work as a therapist with the clients I engage with; in my local, regional and national roles with Politicians, Decision Makers and Senior Leaders; and as a public speaker on TV, newspapers, radio and online, has not only been the making of me but given me a real freedom.

Working in secure or forensic settings has certainly presented many challenges, primarily how much of my true self do reveal and bring to the table? Over the past 15 years, i’ve learned that if I remain authentic and transparent then I model something positive for the lads I work with. Maybe authenticity breeds authenticity? I suppose it’s the opposite of being the silent broken boy in being the vocal transparent man.

Many years ago, I was party to a conversation with Prison Officer, in a Prison I was working, and a group of the male prisoners all stood in a communal area. One of the men had jokingly suggested the Officer’s Husband must get a hard time at home, which she responded he does, much to the amusement of everyone. As stood with them smiling at how well she was engaging these men. One guy asked if my wife cracks the whip in my house, to which I responded “I don’t have a wife, I have a husband”.

Later, away from the men, the Officer suggested to me that I shouldn’t mention I have a husband as “it could be used against you”. I was then, and still remain, bemused by that statement as it shows double standards, it shows some unconscious/out of awareness homophobia, and maybe even the uncomfortableness that Officer felt with me ‘normalising’ my sexual orientation.

A couple of years ago, I was really proud to be asked to be part of the first ever HMP Buckley Hall Pride event, which generated some nervousness from some of the workforce and some of the men. This was sad because standing proud is what we need more of in prison, but what saddened me even more was a number of the men that I was working with at the time expressed how they would have wanted to go to Pride as they identified within the LGBTQI+ community but not whilst “locked up”.

I decided that if I want to tackle conscious and unconscious homophobia in the prison system, then like those at the Stonewall Inn that night, I need to stand up and be visible – the principle is just the same for me as standing up as a survivor. I want to say ‘we are seen’ and you shouldn’t ever feel you can’t be the true you.

So in this, the 50th Anniversary of the Birth of LGBT+ Rights, let’s make a wrong a RIGHT and encourage greater diversity in the workplace and ensure we all do everything we can to tackle homophobia, biphobia and transphobia. In three years of being here at HMP Buckley Hall, I’ve only three times had to challenge someone’s behaviour towards me because of my sexual orientation – that’s about 98% less than in the ‘outside world’.

Well done HMP Buckley Hall for trying hard to build equality as part of your culture. Lets together show the men we work with the power of diversity and inclusion and teach each other how to be citizens of a global community of humanity!