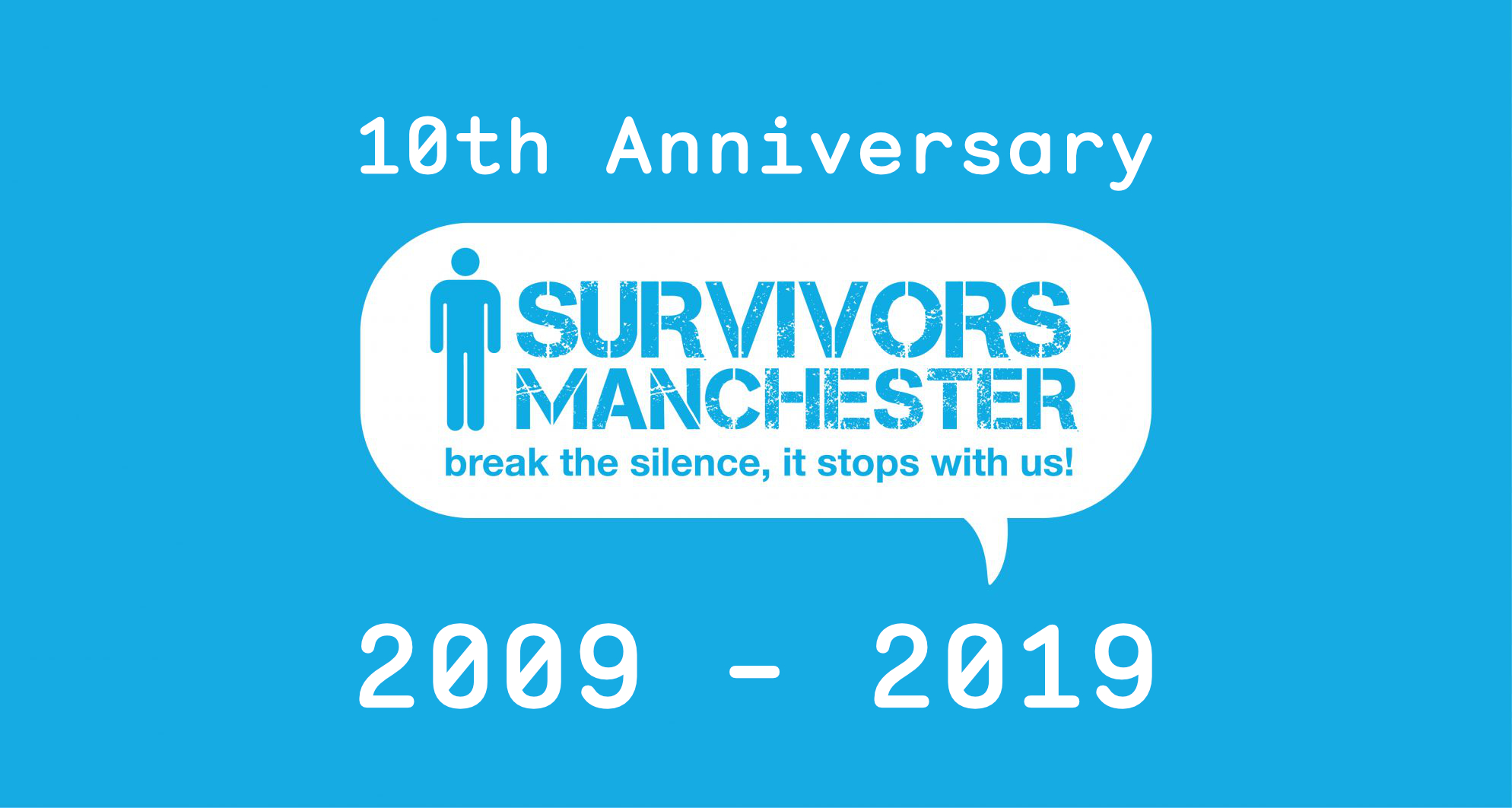 The charity that began as an idea in the head of mancunian born Duncan Craig, a male survivor of childhood sexual abuse himself, is this week celebrating its 10th birthday from its new premises on the edge of the city centre.

Launched in 2009 from Duncan’s city centre apartment, Survivors Manchester has grown into a leading charity in the field of sexual violence, directly helping over 2,500 male victims / survivors to break the silence and develop their own healing journey.

Over the past 10 years, the team have worked tirelessly to #breakthesilence, developing a range of quality assured services; presented numerous workshops and lectures on male victimisation to thousands of individuals, including over 500 Greater Manchester Police Officers through their Specially Trained Officers programme; travelled the world to speak at various conferences on the subject of the needs of boys and men; and been honoured to play significant parts in a variety of Inquiries, national forums and reports, including the newly published Ministry of Justice Victim’s Strategy.

“I cannot believe that from an idea I had over 10 years ago, we are now a team of 17 people delivering support to over 800 men every year, and celebrating 10 incredible years”.

“I was painfully aware of the lack of support available to male survivors in Greater Manchester and across the UK when I first spoke out and so like a proper mancunian, I decided to do something about it and make a change. I wanted to make sure that no other survivor went through what I did trying to get support. To be able to say that Survivors Manchester has now helped nearly 2,500 men is absolutely incredible. I’m so proud.”

The team at Survivors Manchester has not only spent their time supporting survivors but have also developed talks and workshops which they have delivered all over the world, but are most proud of the fact they developed and continue to deliver training sessions to Greater Manchester Police on how to effectively and sensitively engage with male victims/survivors of rape and sexual assault.

Never one to stay quiet, the charity has also been at the centre of a number of historic moments in the media, supporting the development of the ground breaking storylines of John Paul’s Rape and the recent Football Abuse storyline on Hollyoaks; and the incredible Davis Platt rape on the legendary and Manchester’s own Coronation Street.

“We’ve always been passionately aware that there is so much to be done to support men beyond therapy. Educating people on the impact unwanted sexual experiences have on men is so important. Working with GMP is a great example of collaborative working to make the experience of male survivors better when they find the courage to speak out”.

“But working with the likes of Coronation Street and Hollyoaks on the storylines we have has been some of biggest ‘pinch yourself’ moments we’ve had. Our work has had a direct impact on how the story is told and we have seen how these TV platforms have actually change societies view of male victims/survivors of sexual abuse and rape. For me personally, it was amazing as my first proper job was on Coronation Street in the early 90s”.

To mark its 10th birthday, Survivors Manchester will be launching a year of celebrations from new website at www.survivorsmanchester.org.uk; announcing its first ever conference on working with Male Survivors; to launching a year-long birthday funding appeal – 10x10x10, asking individuals to undertake a 10th Birthday fundraising event to get 10 friends to each sponsor them £10.

“People ask us all the time how they can get involved and support our work, so it made sense to launch a special fundraising campaign for our 10th birthday. #10x10x10 asks people to celebrate our 10th Birthday by undertaking a fundraising event to get 10 people to each sponsor them £10. If we managed to get 100 people to do this, we could generate £10,000 and that would be absolutely incredible! £10,000 to go directly into developing more services for male survivors across Greater Manchester!”