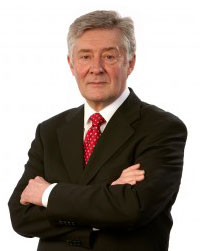 Survivors Manchester, The Men’s Room and Mancunian Way are delighted that Greater Manchester Police and Crime Commissioner, Tony Lloyd, has shown his support for the Safer Street’s project by providing much needed funds to equip our outreach team with weather-proof uniforms, support volunteering and undertake a independent outcomes review of the project.
The Safer Streets project was created in response to the identified need to bring professional, outcomes focussed, outreach service to the city centre to address anti-social behaviour, foster community cohesion and interrupt child sexual exploitation. Survivors Manchester, The Men’s Room and Mancunian Way joined forces to ensure that the young men at risk of sexual exploitation in City Centre Manchester not only had an awareness of support, but a tailored support plan could be created to aid development and in some cases, exiting sex work.
This pilot project received no funding and was working on the good will of the three organisations but it was becoming increasing more difficult as we needed to equip our volunteers and staff with suitable outdoor uniforms, and the amount of data being collected was too valuable to ignore and therefore we realised we needed to have an independent review of the pilot project written.
Thanks to The Police and Crime Commissioner this has been made possible.
Survivors Manchester Chief Executive stated

Its great news as we were unsure of what we would be able to do and how long we could continue this for and its too important to be stopped. Our outreach team have already been instrumental in identifying individuals that pose a high risk to young people and a number of children who are being sexually exploited. All of the information is passed onto the Police and its through genuine partnership working that we have recently had a few successes.

The Men’s Room are proud of the work we have done with Safer Streets, we would not have had the significant impact we believe we have had without the support of Greater Manchester Police. This funding will allow us to further develop and contribute towards supporting some of Manchester’s most marginalised young men.

I’m really proud of this truly co-produced project, working in the City Centre and improving community safety for all. The uncovering of the young boys involved in sexual exploitation has made everything worthwhile as we know now those youg lads are safe

.
We would like to thank Tony Lloyd for his support and have commissioned Dr Michael Atkins, academic and research who specialises in this field, to undertake a review in the new year.