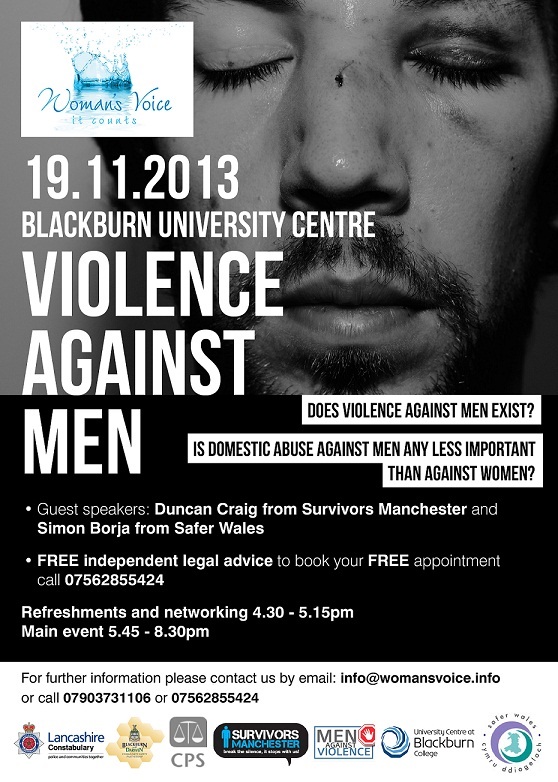 Woman’s Voice, in association with Men Against Violence, and supported by Lancashire Constabulary, Blackburn and Darwen Council, Crown Prosecution Service, and University Centre at Blackburn College, are honouring International Men’s Day with a evening conference – Violence Against Men.
Survivors Manchester’s Founder and Service Director, Duncan Craig, has been given the honour of speaking at the conference and will engage the audience in discussion surrounding sexual violence against men in the context of domestic abuse. Duncan said:

I was really honoured to be asked to speak at this engagement, especially as its on International Men’s Day – a day that not that well known in the UK but its events like this that will change that