Since we opened the ‘doors’ in 2009, we have been so lucky to have met some incredible people that have taken us to their hearts and spoke out and up for us. From survivors to journalists, commissioners to those in the media, we have had our work and ethos championed by many and they have helped us break the silence.

Our Ambassador programme, first realised in 2014, is a partnership between Survivors Manchester and its chosen Ambassadors’ whose joint aim is:

Our Ambassadors are individuals that have shown excellence in breaking the silence on the sexual abuse, rape and sexual exploitation of boys and men and have made every effort to champion the the work of Survivors Manchester at every opportunity.

We are proud to introduce you to our Ambassadors who stand up for male survivors at any opportunity to ensure they play their part to Break The Silence.

Click on the name below and see what each of them have to say: 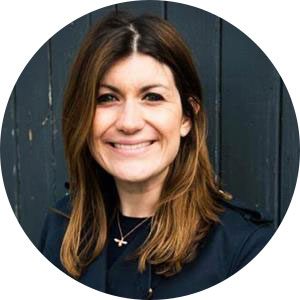 Charly is one of the UK’s leading dating industry experts. The Founder and CEO of The Dating Awards, Charly runs annual awards ceremonies in London, Amsterdam and New York. Charly is also eHarmony’s resident Agony Aunt, and runs a Dating Expert Academy. This year she is launching a club to support female entrepreneurs. Charly entered the dating space writing a blog about her dating experience – 30 Dates. The blog went viral, and led to a journalism role at the Guardian. Charly then went on to work as Global Head of Dating at Time Out magazine.

Charly first became award of Survivors Manchester when she interviewed Duncan about the Hollyoaks storyline he was advising on. In the summer of 2016 she raised over £2300 for the charity cycling 1000 miles, from Land’s End to John O’Groats

Why did you decide to take up an Ambassador post in Survivors Manchester?

When I first met Duncan, I was just so impressed by him, and all he had achieved. I have interviewed many people, and studied at Cambridge University, yet I can honestly say Duncan was one of the most interesting, intelligent and inspiring people I have ever met. What was meant to be a 45 minute chat turned into a 4 hour lunch, and we stayed in touch ever since. Last year, when I decided to cycle Land’s End to John O’Groats for charity, Survivors Manchester seemed like to obvious choice, because I know how much ground-breaking work Duncan and his team do. The more I promoted the charity, and the more times friends replied ‘I didn’t realise male rape was a thing’ or ‘I’ve never heard of charities like this’, the more I wanted to do to promote both the charity and cause. I was genuinely honoured to be asked to be SM’s first female ambassador. I think it is so important that women support the charity, because while the direct victims are male, women are also affected by these crimes. The victims are our brothers, fathers, sons and friends, and we need to stand by them to break the silence which surrounds male rape.

I would love for Survivors Manchester, and the other male rape charities to become household names. Abuse and rape need to be spoken about more. As a society we need to tackle the stigma and silence which surrounds the crimes, because it prevents victims from seeking help and in turn helps the perpetrators get away with awful, life-changing crimes. Personally, using my Ambassador role in conjunction with my work in dating, I want to ensure that messages about date rape are properly communicated, both inside and outside of the dating industry.

If something has happened to you, that you don’t feel you can speak about with your friends and family, please come and talk about it with Survivors Manchester. If you have been a victim of rape or abuse, it is not your fault, and it will not define you. You are not alone. 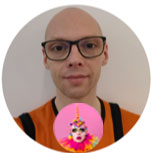 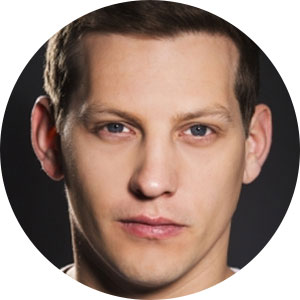 James Sutton is an actor best known for his portrayal of Ryan Lamb in ITV’s Emmerdale and John-Paul McQueen in Channel 4 drama, Hollyoaks.

Honing his craft at Royal Welsh College of Music and Drama in Cardiff, James fell in love with the creative use of language to tell stories. He has played numerous roles both on stage and in front of the camera, from classical Shakespeare to modern serial drama, but it was the story of the rape of his Hollyoaks character, John-Paul, that James says is one of his most proudest moments. It was this story that introduced him to the work of Survivors Manchester and he spent time understanding as much as he could about the issues males face in dealing with the impact of sexual abuse. Throughout the 18 month storyline, James spoke regularly to the media about the issues John-Paul was facing and even appeared in a Ministry of Justice film (click here) that launched the £1.5 million Male Rape Support Fund, the first of its kind in UK history.

Why did you decide to take up an Ambassador post at Survivors Manchester?

Having seen first hand the incredible work that Duncan and his team at Survivors Manchester do, it felt like the natural step to get involved on a more practical basis. I have a voice and a profile and the more awareness I can help raise for Survivors, the more chance they have of helping more men, it’s really as simple as that.

In a word, ‘grow’. There just isn’t the support out there right now for men that are victims of sexual violence and assault. I want Survivors Manchester to be known throughout the North West, throughout the country even, as being the first port of call for men that are struggling to talk about things that have happened to them. I want Survivors Manchester to be given all the tools, the funding, and the promotion, to help as many men as possible.

Talk. Pick up your phone. Open your email account. Go to the Survivors Manchester centre. And start a dialogue. The people there are not only incredibly knowledgeable, they come from a place of complete trust, of unwavering kindness and of reassuring experience. 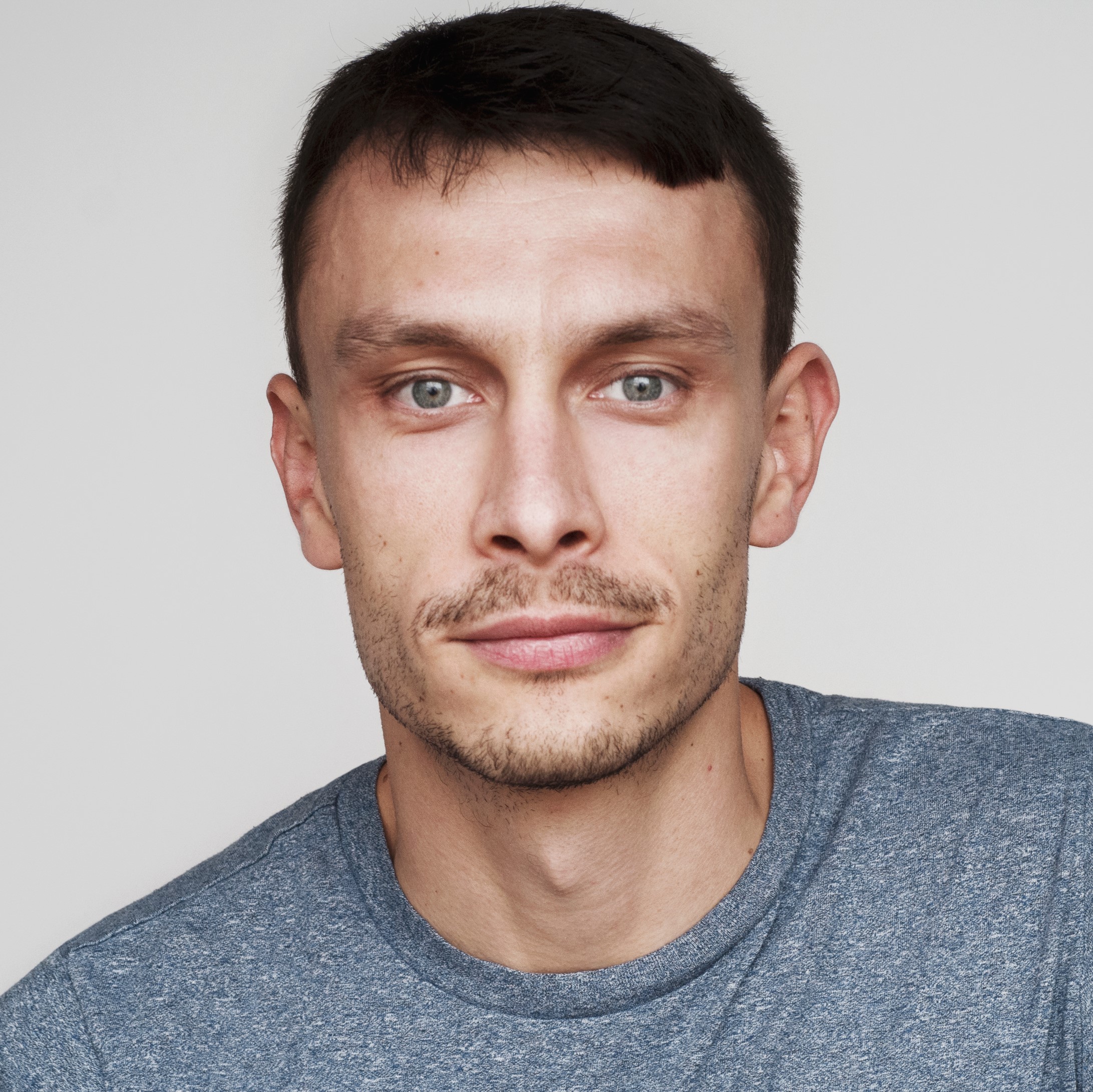 Richard Gadd is a writer, actor and award-winning comedian, having picked up the prestigious 20016 Edinburgh Comedy Award for Best Show with ‘Monkey See, Monkey Do’, a show based on his own experience of sexual assault. Having spent time behind the scenes writing for TV and Radio; whilst developing as a stand up comedian on stages across the UK, he has recently been seen in the TV mini-series, ‘Tripped’ and in the 2016 ITV finale of ‘Vicious’. He is set to appear as the romantic lead in upcoming primetime BBC film ‘Against The Law.’ He is the head comedy writer at Britain’s third biggest social media outlet ‘The Hook’ and has just been commission to write a pilot for Channel 4 based on the live show.

Since taking the stage with his self-penned ‘Monkey See, Monkey Do’, which is on tour in 2017, Richard has spent time talking to media and audiences alike about the impact of male sexual assault and in doing so, creating conversation about a difficult subject. ‘Monkey See, Monkey Do’ also earned nominations for a Malcolm Hardee Award, Total Theatre Award, Scottish Comedy Award, Chortle Innovation Award, and an Off-West End Award for ‘Best Male Performer.’ The results are out later this year.

Why did you decide to take up an Ambassador post in Survivors Manchester?

Around about the time I was assaulted I felt extremely alone and vulnerable. I did not take advantage of the services that were on offer to me and as a result, I do believe I halted my progress. Keeping stuff bottled up only leads to more upset. The importance of speaking and opening up about abuse is so essential and I learned that the hard way. Charities like Survivors Manchester are there to help people open up in a safe environment and if I can help spread the message that men are not alone in their plight of sexual abuse – and that there are safe places you can go to open up and talk – then that is essential work I cannot say no to.

Continue to grow and expand. Being new to the charity myself having never turned to this specific charity for help during my struggle, I cannot comment specifically on what I would like to see happen in the next three years as I too am learning about the charity as I go. I would however wish to use my new writing opportunities in television – specifically factual television – to work with Survivors on a large scale and highlight the plight of male sexual abuse and the stigma surrounding it through documentary story-telling. Hopefully if television broadcasters chose to commission my ideas then Survivors and males sexual abuse in general will gather more steam and important issues will be tackled on a national and international scale.

Do. Not. Suffer. In. Silence. Talk to someone about it, if not a friend/family member/loved one – then a trained professional e.g. somebody here at Survivors. I have never met anybody who has suffered sexual abuse who has gone on to tell someone and then regretted telling that person. Every time you tell someone, tension is released and the world does not seem so lonely anymore. If you are not willing to speak at this stage try and write your thoughts down on a sheet of paper. Processing them out of your head and onto something else also helps in terms of stopping the thoughts rebounding around your brain. It allows you some reflection and will relieve stress. It was the process I used in crafting ‘Monkey See Monkey Do’ and was essential in my development. 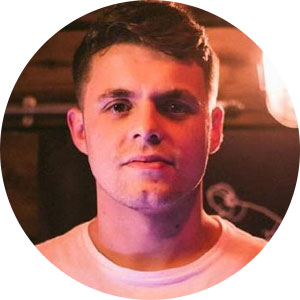 Sam Thompson is a DJ and Male Rape advocate following his own experience in 2016.

Sam has tirelessly campaigned for the voices of male rape victims/survivors to be heard, featuring on a range of media outlets including newspapers, radio, TV and was more recently featured in Channel 5’s award winning documentary, Rape: My Story.